Testosterone Undecanoate pills and injections: what is better to buy?

Testosterone is a natural male hormone known as an androgen which controls normal sexual development in men, similar to the a naturally occurring steroid testosterone. Andriol is used in testosterone replacement therapy for male sexual problems such as: impotence caused by hormonal disorders, after castration or a similar problem called eunuchoidism, decreased sex drive and decreased mental and physical activity, infertility caused by low sperm count, bone loss caused by low hormone levels. Take Testosterone Undecanoate only as directed.

How and when to take Testosterone Undecanoate

The structure of testosterone is what allows it to break down into estrogen. The only way we can really prevent an androgen from converting to estrogen is to change the base molecule, not the ester. Once free in the blood stream we cannot prevent testosterone from being aromatized without interfering with the aromatase enzyme itself. The lack of results and side effects often reported with Andriol must be going hand in hand with poor absorption.

Testosterone Undecanoate dosage will be different for different patients. Also, the number of doses you take each day, the time allowed between doses, and the length of time you take the medicine depend on the medical problem for which you are taking the anabolic steroid.
If it were around in the United States, it’s popularity would be comparable to oral Danabol. Effective dosages seem to be in the area of 200 mg a day taken in divided dosages. Testosterone Undecanoate is a safe oral steroid that does not suppress gonadotrophins. It is absorbed through the small intestine into the lymphatic system, no burden to the liver it is a natural ester added to a synthetic derivative which will nor change liver enzymes. No testicular shrinkage, no reduction on in spermatogenesis will occur with reasonable dosages. Cholesterol triglycerides and total lipids tend to be reduced with long term use of Testosterone Undecanoate Testocaps 40 mg as opposed to elevated with most oral steroids.

Men taking prescribed Testosterone Undecanoate may see the effects of low testosterone wane, but the drug also has several side effects. While it is supposed to raise a man’s sex drive back to its pre-andropause levels, in some cases it can cause an unusual increase in sexual desire. The inverse is also true, and it can sometimes lower the sex drive even more. Fluid retention in body tissue is also a common side effect. The drug can also lead to priapism, or a prolonged, painful erection that must be treated by a doctor to avoid serious injury. Trouble passing urine is also a side effect for some men.

Testosterone Undecanoate for women: what a lady athlete should know about it.

How to buy real Testosterone Undecanoate and how to spot a fake.

As you can see our shop is reliable source of Testosterone Undecanoate. Safety: Andriol is a pretty safe drug, especially comparing to other forms of testosterone and no serious side-effects are known, even if taken in large amounts. Still, this is the least-known testosterone ester and some caution is always worthwhile.

So order Testosterone Undecanoate now from us! 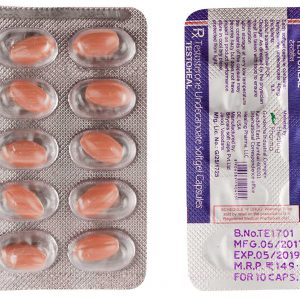 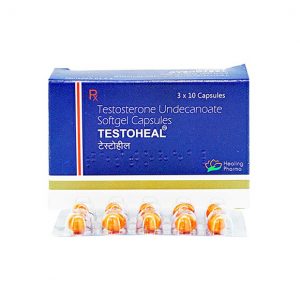 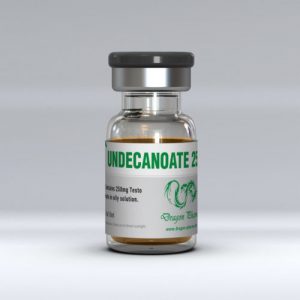