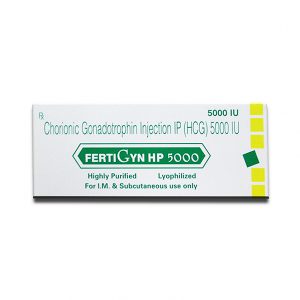 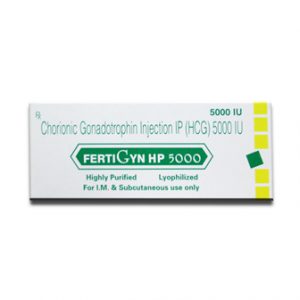 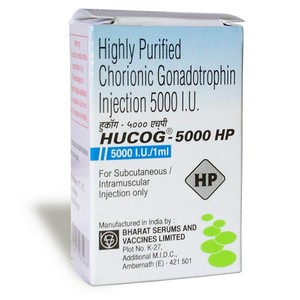 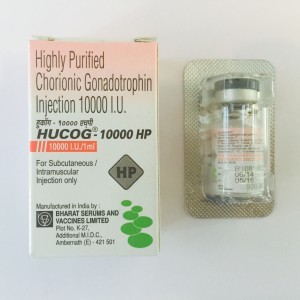 Scientists first recognized a specific hormone now called Human Chorionic Gonadotropin (HCG) in the 1920s (1). HCG is no doubt one of the most misused, misunderstood and underutilized tools in bodybuilding pharmacology we have available. HCG is not a steroid, but a naturally occurring peptide hormone, produced by the embryo in the early stages of pregnancy and later by the trophoblast (part of the placenta) to help control a pregnant womans hormones (1). This makes the uterine lining ready for implantation of the fertilized egg. HCG is a glycoprotein composed of 237 amino acids and has a mass of 36.7kDa. HCG basically “acts” as Leutenizing Hormone (LH) in your body. LH is a Gonadotropin. They were first extracted from the human in 1958; more precisely the pituitary glands. A gonadotropin is any substance that stimulates the gonads (ovary, testes). It is heterodimeric (initiates prophase of mitosis) with an alpha subunit identical to LH (luteinizing hormone), FSH (follicle stimulating hormone) and TSH (thyroid stimulating hormone). LH is as stated above is called a gonadotropin because it stimulates the gonads (testes). It is produced in the pituitary cells and is made up of a beta chain of 115 amino acids and an alpha chain of 89 amino acids. In the testes, the LH binds to receptors on the leydig cells which in turn stimulate the synthesis and secretion of testosterone. Like LH, FSH is also called a gonadotropin. It consists of a beta chain of 115 amino acids and an alpha chain of 89 amino acids, the same as LH. Production and release of FSH is controlled by GnRH (gonadotropin releasing hormone). FSH stimulates testicular growth and supports the function of sertoli cells, which are needed for sustaining maturing sperm cells. TSH is also known as a thyrotropin and is secreted by cells in the anterior pituitary glands. TSH is comprised of a beta chain of 112 amino acids and an alpha chain of 89 amino acids. The alpha chain is the same as that found in the two other pituitary hormones, LH and FSH, and HCG as well. TSH is produced when the hypothalamus releases TRH (thyrotropin releasing hormone). TRH then causes the pituitary gland to release.

Human Chorionic Gonadotropin (HCG) was first developed to induce ovulation in females as it mimics the hormone luteinizing hormone (LH) in both females and males. It’s used by body builders and steroid users also because of this action where it can maintain testicular size and function in steroid users offering an advantage to those wishing to one day come off of steroids and recover. It will boost endogenous testosterone via direct stimulation and also sperm count by stimulating the leydig, germ and sterol cells. HCG can be used during the steroid cycle or in post cycle therapy (PCT) when the testes have atrophied and need to be directly stimulated. Each HCG vial contains 2000iu.
As a prescription medication, HCG is used mainly to treat fertility issues. HCG is not approved for over-the-counter use, nor has it been proved to work for weight loss. Companies that sell over-the-counter HCG weight-loss products are breaking the law.
So why has there been so much talk about the HCG diet? Perhaps it’s because the diet recommends severe calorie restriction — typically just 500 to 800 calories a day. People who follow such a very low calorie diet are likely to lose weight, at least in the short term.

However, diets that so severely limit calories have risks, such as gallstone formation, irregular heartbeat and an imbalance of electrolytes.
Side effects have also been reported with the HCG diet and include fatigue, irritability, restlessness, depression, fluid buildup (edema), and swelling of the breasts in boys and men (gynecomastia). Another serious concern is the risk of blood clots forming and blocking blood vessels (thromboembolism).
If weight loss is your goal, there are safer ways to lose weight. Talk with your doctor or other health care provider about how to make healthy changes that lead to permanent weight loss, such as eating a balanced diet and getting regular exercise.

Do you still have questions about HCG? 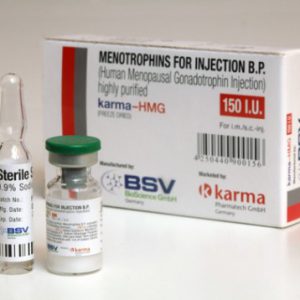